THOSE TEARS I’VE CRIED hit the bullseye. The band can play. Steve Scott can sing; with the polished add that he can also write. Check it out! (George Peden – Nuts About Country) 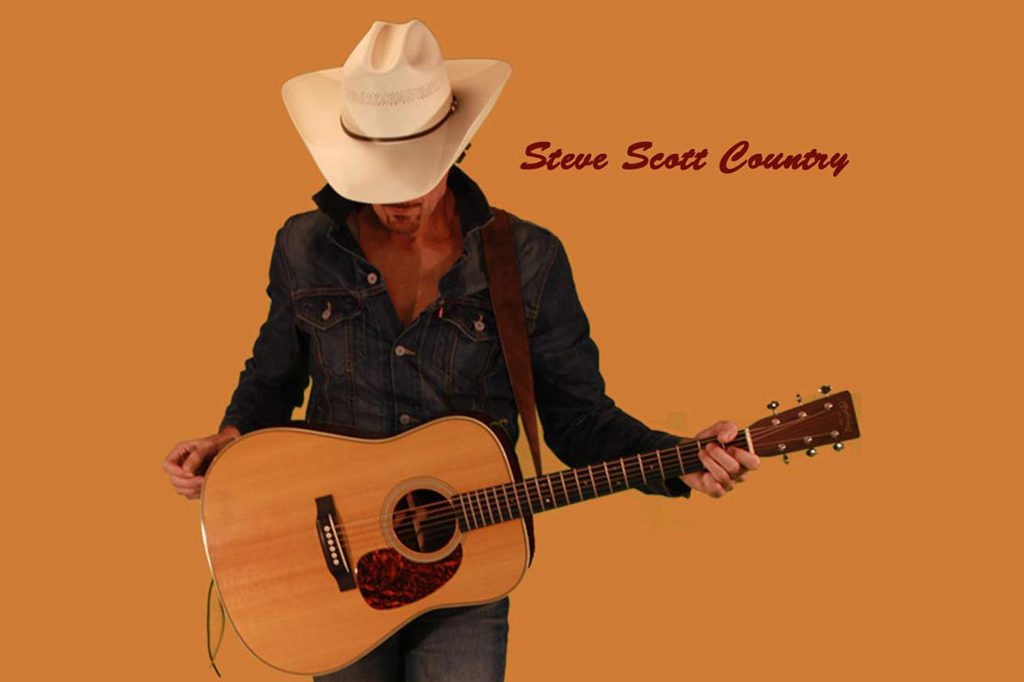 How often do you buy an album, and find after one track that pops the senses the remaining cuts are at best filler?  On the latest release from these twang fueled players, Steve Scott Country, the album is a generous mix of radio-friendly possibilities and songs that blend well in the memory.

Main man Scott, a creative talent who writes, plays and acts has on-board a polished and honed band of tight players, and with an album slow-burning with global airplay, their just reward is the announcement nomination for the Detroit Music Awards.

The genre-hopping Scott, he calls the groove a mix of Blues, Americana and Country has a tight catalogue of 11 tracks on this now available album.

The set opens with the made-for-radio “I Think About You.”  Not the strongest tune on the album – that comes reserved for the last cut “Have You Ever Known A Soldier?” However, it bops along with all the musical ache lost love can muster. With a voice that fractures (nicely) on the chorus, the tune is sure to please Saturday revellers who prefer to kick sawdust rather than bar hang.

For those who take the time to ponder, the album does not come up short. With a tune only Randy Travis could improve Scott mellows on a tale of age and reflection, “Halo.” Given the tune is introspective and sober, the care in the writing shows Steve Scott has abilities with a pen.

No ink comes wasted on another cut, the powered ballad of hope and continued romance, “Don’t Say You’ll Walk Away”. The tune, which enjoys some neat guitar parts, is a perfect meld of harmony and sentiment. As such it wins an approval nod from this listener.

Another crafted tune is the final track.  With a strong marriage of voice, writing and patriotism, all the elements align on the honored ideals of the uniform on “Have You Ever Known A Soldier?” The tune paints its red, white and blue need to remember anew serving men and women, those who do their country proud.

Overall, this album hit the bullseye.

The band can play. Steve Scott can sing, with the polished add he can also write. Check it out.
http://www.stevescottcountry.com/