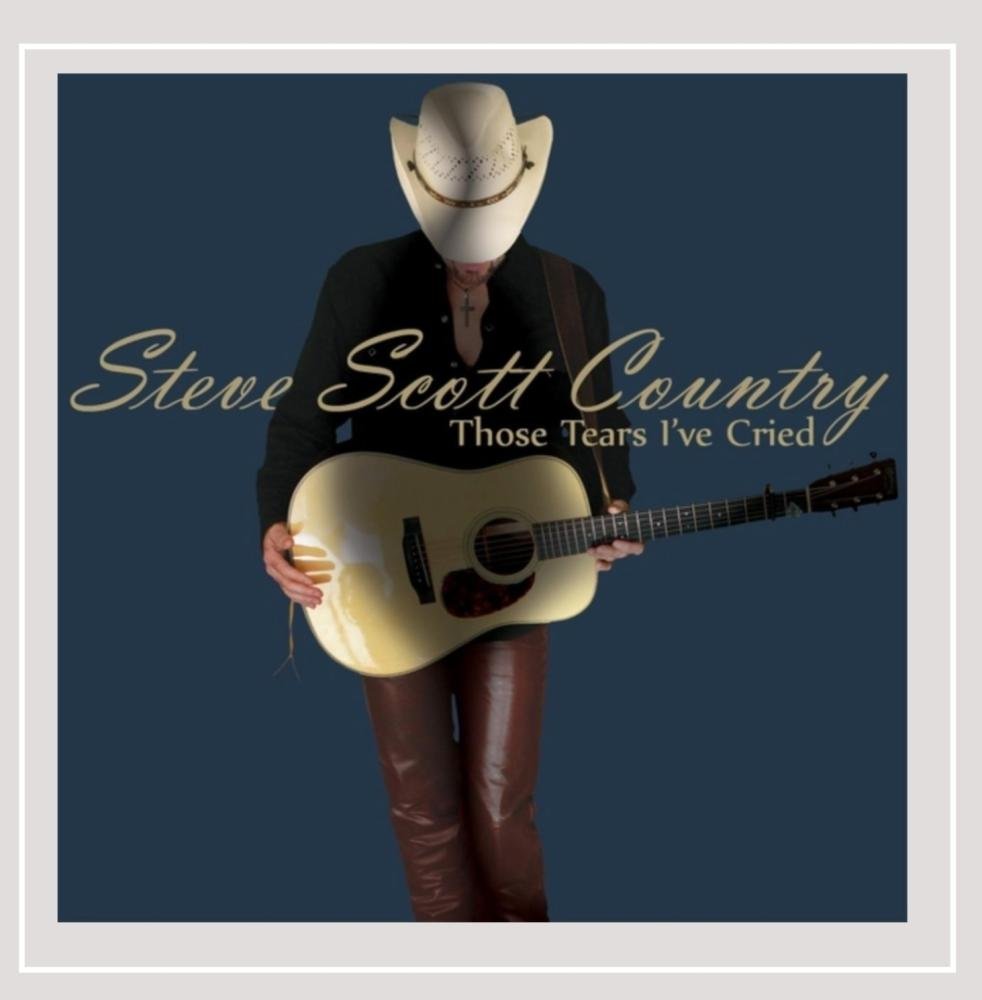 Described in the press release as Detroit’s premiere Americana artist,  Steve Scott delivers an album that blends country with rock and blues overtones. “Blue-Rock-Country” is how they describe it themselves. The cover features Scott in a Dwight Yoakam-esque pose with his cowboy hat obscuring his features and wearing leather trousers. However,  Scott’s  sound  is broader as befits the description above, a sound which is bolstered by keyboards, pedal steel and fiddle as well as Scott’s own guitar work. It is a solid and enjoyable album that highlights Scott’s songwriting, solid singing, production and guitar talents.

There are some songs here that include the title track’s steel guitar- enhanced sound and Scott’s soulful vocal. The anthemic She’s Made in The USA recalls John Mellencamp in sound, while Hide and Seek employs banjo and mandolin over a robust rhythm section and has a strong chorus, something Scott uses throughout to good effect which makes the songs stick in the memory. Halo is a more down-home tale of a man who lives a true blue collar life and the song is a celebration of that life. The border feel of Tequilarama is underscored by accordion and trumpet  for an atmospheric sunset-filled sound of Tequila and señoritas; the relaxed feel and ambience makes it an album stand out. Geronimo has a gritty guitar over B3 organ and an insistent rhythm. The album closes with Have You Ever Know a Soldier?, a song that considers that serving your country can leave lasting scars which may be unrecognized even by those who have shared a similar traumatic experience. It seeks to welcome home those who have served.

The assembled musicians include backing vocalist Gia Warner, steel player John Lang, fiddle and banjo player David Mosher with Steven Mullan on keyboards and Paul Finkbeiner on trumpet. They contribute to the song’s strengths,  but the undoubted star of the show is Steve Scott. Though as Steve Scott Country is the album artist title Scott recognises the support he receives from the musicians who play with him both here and onstage. They are drawn from Detroit’s finest and some of them have played with such names as Bob Seger and Kid Rock.

Scott has aimed to blend a set of roots music sources together into a cohesive whole and he has largely succeeded in doing that. The overall feel veers towards country-rock and as such should have some wide ranging appeal to an audience tuned into any of the album’s component parts. While Those Tears I’ve Cried is doing nothing particularly new it does what it does with a degree of style and substance that will make it an attractive listen for many.